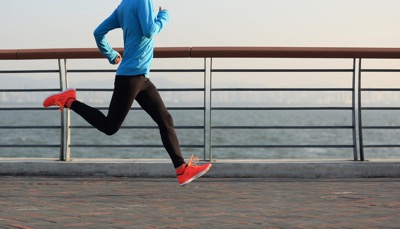 By clearing the Senate early December 2nd, the Tax Cut and Jobs Act (TCJA) is well on its way to becoming law. While the bill must still proceed to reconciliation and a revote, it’s time to assess the impact to the economy and markets in 2018.

After passing the Senate by a narrow margin of 51-49 on December 2nd, the Tax Cut and Jobs Act (TCJA) is well on its way to becoming law. While the bill must still proceed to reconciliation, delivering the bill to the White House for a ceremonious signing is likely a formality from here.

Most Americans will either applaud or denounce with the passage depending upon who they voted for last election. However, it is important not to confuse politics with investing. While tempting to think this way, it’s critical for investors to suspend political biases and see the Tax Cut and Jobs Act with an unobstructed view.

What follows is a quick summary of the big issues investors should be aware of when assessing the potential impact to markets in 2018.

Although most headlines focus on changes to personal income tax provisions, let this be clear: the most impactful elements of the Tax Cut and Jobs Act are about improving America’s competitiveness for corporate investment and growth.

In response to the widely accepted narrative that America had long lost its competitiveness in a global marketplace, the TCJA makes three substantial changes to corporate taxes.

What About Changes to Personal Taxes?

What it means is that many Americans will see a lower tax bracket; however, they will also be losing some of their favorite deductions. In the end, much of it will be a wash, with the TCJA loaded with off-setting changes. Ultimately, the net effect likely leads to a lower tax burden for low- and middle-income households while higher earning households will likely see an increase.

…lower corporate rates can take what was already expected to be a solid year and propel it to an even better year.

So, What’s the Significance for My Portfolio?

While the objectives of the TCJA were aimed at long-term structural improvements, investors should refine their near-term focus.

Theme #1: Increased Corporate Profits in 2018.
According to Factset1, the consensus outlook in 2018 for S&P 500 companies is to grow earnings by 11.1% and revenue by 5.4%. Those assumptions were made without accounting for a reduced tax rate. Therefore, lower corporate rates can take what was already expected to be a solid year and propel it to an even better year.

Theme #2: Putting Profits to Work.
Should U.S. corporations realize improved earnings or see repatriated foreign profits, then the next question leads to how they will put those profits to work. Four main activities emerge, all of which appear initially positive for markets.

Theme #3: Increased Consumption.
Most middle-income Americans will see their reduced tax burden through an increase in their paycheck. Lowering tax bracket rates should convert to lower withholding amounts. Therefore, a tax reduction should feel like a pay increase and will likely be treated as expendable income.

Caution, Not Without Potential Problems

Achieving passage of the tax bill by year-end means 2018 certainly starts with a positive outlook. However, it doesn’t mean the economy will move forward without facing challenges. On a number of fronts, caution is still warranted.

Caution #1: The Expansion is Getting Too Long.
From an economic lens, the timing of the tax reform seems precarious. After all, markets are presently in the second longest bull market run record and valuations are near historical highs.

Caution #2: The Fed Hastens Rate Hikes.
The Fed’s record shows they are not favorably pre-disposed to the tax cut. After all, the economy is already at full employment and in little need of a near-term stimulus.

In the Fed’s view, urgent reform should have been devoted to reducing the Federal deficit; instead, the deficit expands under the TCJA. Moreover, adding too much fuel to a mature expansion could be inflationary and may force the Fed to tighten at a steadier pace.

Caution #3: Lack of Reinvestment.
Let’s face it, a lot of big, cash-rich corporations have simply chosen not to make capital investments during this expansion. Furthermore, a study from the Congressional Research Service on repatriation incentives in 2004 showed little evidence that repatriated profits led to new capital investment.

While tax cuts may justify an optimistic tilt for 2018, savvy investors would be wise to remain diligent and nimble as well.

In a world of insufficient growth, nationalism now manifests itself through competition for corporate dollars. The TCJA makes a bold move to tip the scale back in favor of the U.S., but, it likely won’t be received favorably by its trading partners. Already, European and Chinese leaders have vocalized displeasure with the TCJA, and may consider countering with policy responses of their own.

We continue to view the global economy as a complex and dynamic eco-system. When significant changes occur, the effects naturally ripple through the whole eco-system and may elicit unintended responses. While tax cuts may justify an optimistic tilt for 2018, savvy investors would be wise to remain diligent and nimble at this stage of the business cycle.

Today’s markets, economies, and policies are more complex than ever, challenging investors on what to watch and when to take action.
At Harman Wealth Management, we understand sound investments are uniquely supported by the conditions that favor them. Likewise, when conditions change, so do the investments that benefit.

With Adaptive Business Cycle Investing, we invest consistent with business cycle forces. We aim to align investments with the conditions driving returns in the present, rather than chasing what worked in the past.